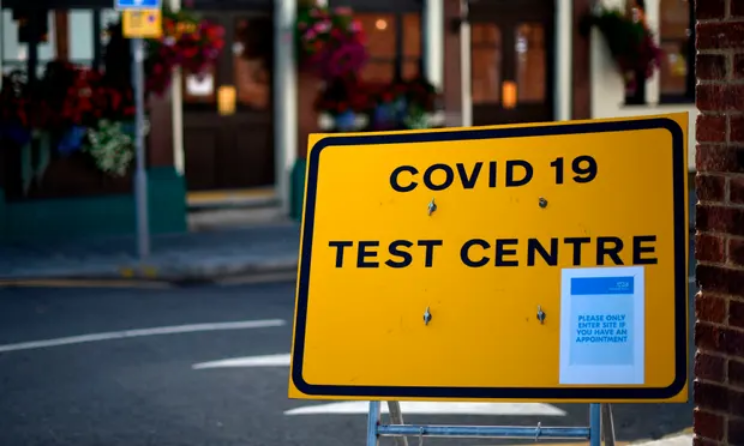 The Home Office moved dozens of asylum seekers involved in a Covid outbreak more than 120 miles despite an enforcement order saying they should remain in self-isolation for 14 days, the Guardian has learned.

Home Office contractors have been accused of being “beyond reckless” in their handling of the initial outbreak.

Among those who were moved despite the instruction to self-isolate, at least nine people were found to have Covid following testing, although the Home Office had initially said none had tested positive.

The initial outbreak was among asylum seekers in Home Office accommodation in Birmingham. Public health officials deemed it too overcrowded to be Covid-secure after at least 26 people tested positive. Enforcement action was taken ordering everyone in the accommodation to self-isolate for 14 days, but the Home Office moved 40 people to the west London borough of Hammersmith and Fulham.

In a letter of complaint sent to the home secretary, Priti Patel, and seen by the Guardian, six councils in the Midlands accused Home Office contractors of being “beyond reckless” in their handling of the Birmingham outbreak. While a separate letter, from the Hammersmith and Fulham council, accused the Home Office of moving Covid from one part of the country to another.

The government is urging everyone who has the virus, or has been in contact with someone who has tested positive, to self-isolate. Those who don’t are at risk of fines.

The letter from the Midlands councils complains about the way the Home Office and its contractor Serco handled the outbreak at the Birmingham accommodation.

Signed by Ian Ward, the leader of Birmingham city council, and co-signed by the Birmingham Edgbaston MP, Preet Gill, and the leaders of Solihull, Wolverhampton, Coventry, Sandwell and Walsall councils, the letter states that “adequate measures were not put in place to prevent an outbreak” in the accommodation in Edgbaston, Birmingham.

Built to accommodate 270 asylum seekers and 30 staff, the accommodation consists of shared rooms for two people and shared bathrooms for five people. The dining facilities can seat 100 people.

The letter, dated 28 August, states: “It is beyond reckless that in the current circumstances a provider operating under the terms of a government-commissioned contract failed to take adequate steps to prevent an outbreak and is continuing to fail to take even the most basic steps to protect the health of vulnerable people that they are paid to support.”

It says Birmingham city council has taken enforcement action against Serco, requiring all residents to be moved into single-room accommodation and for all residents to be treated as Covid-infected and therefore required to self-isolate for 14 days. It says the enforcement action must be complied with within 48 hours. Yet Hammersmith and Fulham council confirmed that 40 people from the Birmingham accommodation who were ordered to self-isolate for 14 days arrived in London on 31 August.

The letter from the London council complains about the fact that the 40 asylum seekers were moved to a hotel in its borough with the Home Office incorrectly telling the council that none of them had Covid. After conducting its own tests, the council found that nine of the group had coronavirus.

The letter to Patel states: “If, as I assume it is, the Home Office is doing this on a grander scale across the country, it risks significantly contributing to the spread of Covid-19, undoing the efforts of responsible citizens and other government departments, the NHS and local authorities around Great Britain. This is not the kind of joined-up government that will enable the UK to tackle the pandemic successfully.”

Steve Cowan, the leader of Hammersmith and Fulham council, condemned the Home Office’s actions. “It is shocking that the Home Office is knowingly and incompetently moving people around the country in a way that risks allowing the virus to spread at a time when people who have Covid or are at risk of having Covid are being urged to stay at home and self-isolate.”

A spokesperson for Birmingham city council said: “The important thing to stress is that Birmingham is a city that has consistently welcomed people fleeing persecution and we are proud that this continues to be a city of sanctuary. But in opening our arms to asylum seekers, we must ensure that they are coming to a place of safety.”

Stephen Hale, the chief executive of Refugee Action, said: “It’s shocking that since the start of the pandemic, people seeking asylum have been left exposed to Covid due to poor accommodation in which they have found it hard to isolate, distance, or access adequate information. It is particularly concerning because many people in the asylum system are from black, Asian and minority ethnic communities, which have been disproportionately affected by the virus.

“As cases rise quickly again, the government must make sure that some of the most vulnerable people in our communities are properly housed, able to stay safe, and follow the rules.”

At a hearing of the public accounts select committee on Thursday, officials said 122 asylum seekers in hotels had tested positive for Covid. In response to questions from MPs about why asylum seekers had been moved from one part of the country to another without local authorities being informed about their arrival, the second permanent secretary at the Home Office, Shona Dunn, said the department was dealing with a fast-moving situation and that it had done its “utmost to engage with local authorities”.

Jenni Halliday, Serco’s contract director for asylum seeker accommodation and support, said the company refuted the “inaccurate accusations and assertions” made in the letter.

“In the face of the extraordinary challenges of a fast-moving situation involving some very distressed and frightened people, the Serco team acted with great professionalism and care for the asylum seekers in our accommodation, and their safety and wellbeing was always the highest priority,” Halliday said.

“If we had immediately reduced the number of people this would have involved moving a large number of people, in direct contravention of the national guidance and instructions from Public Health England [PHE] and the Home Office, and Serco was not prepared to do that.

“However, we did what we were advised to do: move the minimum number of people to allow self-isolation for those that remained at [the Birmingham accommodation], and to a level agreed with PHE.”

A Home Office spokesperson said: “During these unprecedented times, we have worked tirelessly with local authorities and other partners to provide asylum seekers, who would otherwise be destitute, with suitable accommodation – as we are required to do by law.

“The health and wellbeing of asylum seekers has and always will be the priority, and we will continue to provide support to those that need it. The Home Office is following national guidance in relation to testing, as set by Public Health England.