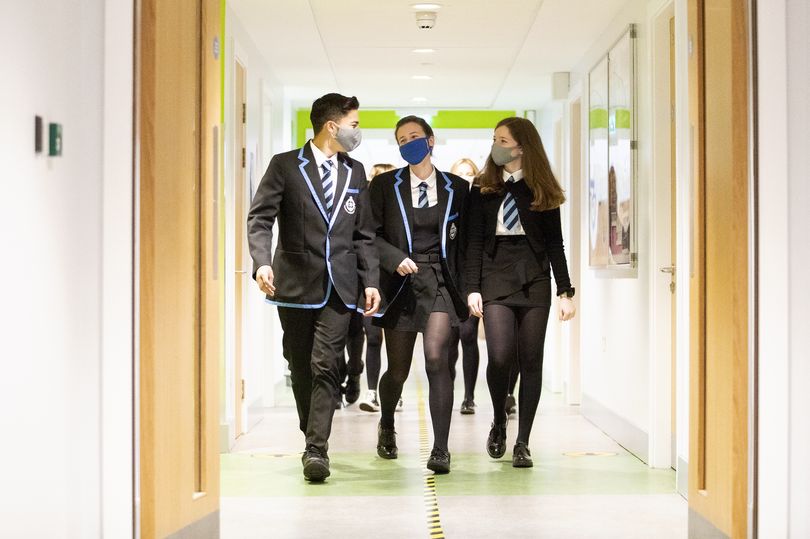 The government may have to close high schools if the ban on cohabitation does not work, says the scientist.

An epidemiologist has warned that if bans on households mixing don’t stop the rise of coronavirus infections the government may be forced to look at some school closures.

Professor Neil Ferguson, who advised the Prime Minister on the Covid-19 pandemic before resigning in May, has said that if restrictions on households mixing fail to stem the rise of the virus the Government may have to close schools to older pupils.

“That (banning households mixing) should have a significant effect but as yet we have been unable to see it definitively,” he told the BBC Radio 4 Today programme.

“If we go beyond that there is a limit to what we can do in terms of reducing contacts, short of starting to target, for instance, the older years in schools and sixth form colleges where we know older teenagers are able to transmit as adults.

“Of course nobody wants to start moving to virtual education and closing schools even partially. The challenge may be that we are not able to get on top of the transmission otherwise.”

He also warned this morning that the NHS will be unable to cope if coronavirus cases continue to increase at the present rate.

Professor Neil Ferguson, whose modelling led to the original lockdown in March, said that while infections among 18 to 21-year-olds were falling, they were continuing to rise in other age groups.

“Unfortunately, in every other age group case numbers continue to rise at about the same rate they were. There are little hints of slowing, for instance in the North East of England, but we are not seeing the sort of slowing that we really need to to get on top of this,” he told the BBC Radio 4 Today programme.