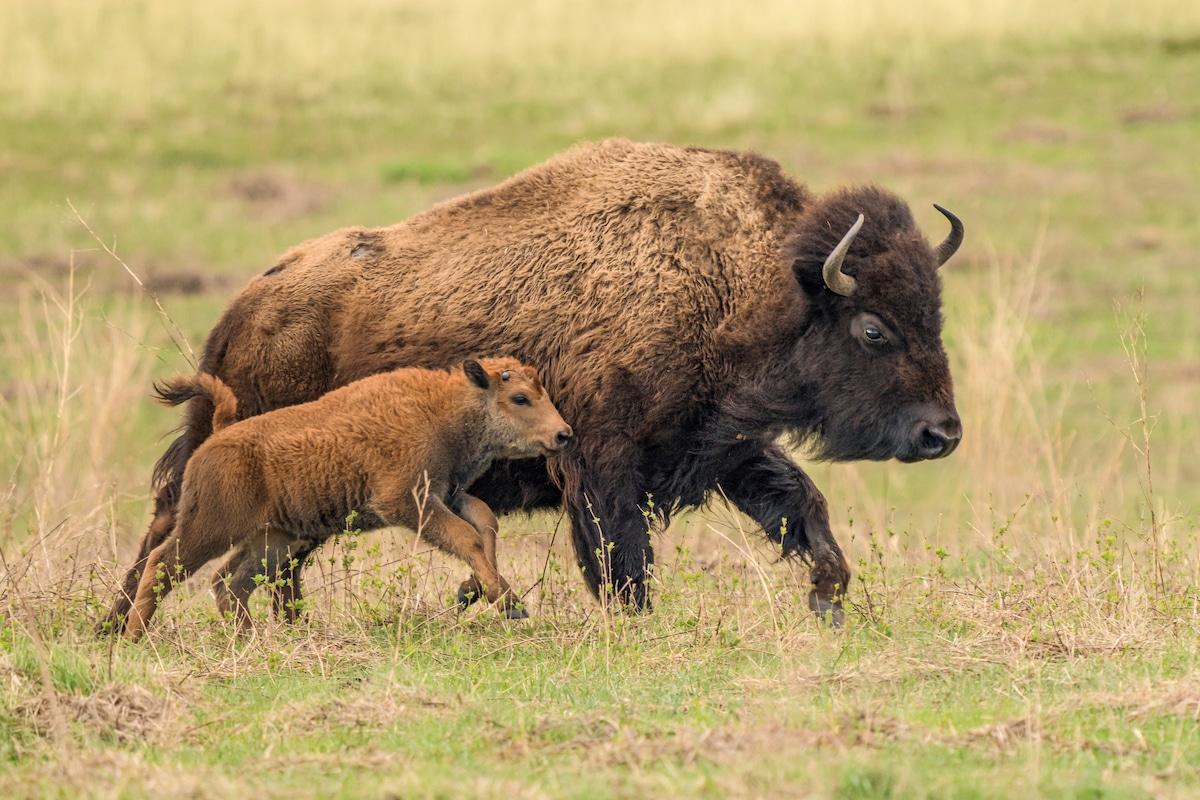 For the first time in thousands of years, wild bison are roaming the UK. Just over a week ago, three of the friendly giants were released in a nature reserve near Canterbury. The hope is that the natural behaviour of the herd will transform a dense commercial pine forest into a lively natural forest area.

The European bison is the largest land animal on the continent – bulls can weigh up to a ton. The species became extinct in the wild a century ago. The bison is now slowly recovering through reintroduction projects across Europe.

The Wilder Blean project aims to investigate how well the bison can act as natural “engineers of the ecosystem” and restore the wild flora and fauna in the area.

Their predilection for bark is likely to cause some trees to die and create gaps in vegetation that allow light to fall on the forest floor. The animals also like to roll in dust baths, which will provide more open terrain. In addition, they collect seeds when they move through the forest, and then scatter them along the route. All this should allow new plants, insects, lizards, birds and bats to recover.

The three bison come from game parks where they were used to more human interaction and had less space to roam freely: an older female from Highland Game Park in Scotland, who will become the matriarch of the herd, plus two young females from Fota game park in Ireland. In mid-August, a young bull from Germany joins. Whose arrival was delayed due to import complications related to Brexit.

At first, the females will have a double fenced area of five hectares to explore, but this will increase to 50 hectares when the bull arrives. In the end, the animals will have access to 200 hectares.

In addition, the Bison will soon be joined by other grazing animals, including Exmoor ponies, feral pigs “from the Iron Age” and Longhorn cattle. Their natural behaviours will also contribute to creating a vibrant forest area. The impact of these reintroductions will be closely monitored in the long term. Among other things, by taking soil samples, examining the vegetation structure and monitoring invertebrates, birds and mammals.