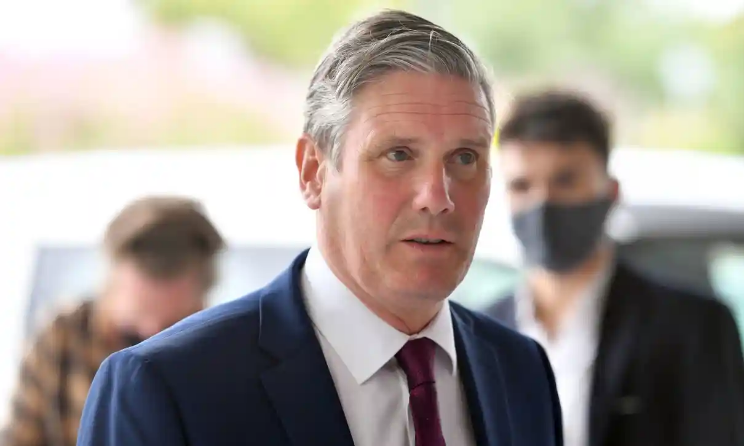 Keir Starmer is to call on Boris Johnson to replace the furlough scheme and outlaw “firing and rehiring” practices in a speech to union leaders on Tuesday.

The Labour leader will also accuse the prime minister of failing to get the basics of coronavirus testing right or formulate a plan for care homes over the summer and of attempting to “re-open old wounds over Brexit”.

Addressing Johnson directly in a speech delivered virtually to the TUC Congress, he will say: “Get your priorities right. Get on with defeating this virus.”

Under the coronavirus job retention scheme, which will end on 31 October, workers placed on leave have received 80% of their pay, up to a maximum of £2,500 a month.

Johnson has refused to extend the scheme, saying it would only keep people “in suspended animation”.

Starmer will set out a plan for replacing the scheme, which Labour said has been inspired by schemes in other parts of the world. They include expanding part-time working, rewarding employers who give people hours rather than cut jobs, and providing training and support for those who can’t come back full time. These measures have been introduced in Germany.

Starmer is expected to say: “At this moment of national crisis we should take inspiration from our past. Be willing to put party differences aside and work together in the interest of the country. Imagine how powerful it would be if we could form a genuine national plan to protect jobs, create new ones and invest in skills and training?

“I’m making an open offer to the prime minister: work with us to keep millions of people in work. Work with the trade unions and work with businesses. Do everything possible to protect jobs and to deliver for working people.”

Starmer will also condemn firms that have fired and rehired – where people are given notice of redundancy and then hired back on worse pay and conditions – as “not just wrong but against British values”.

British Gas faces the threat of a strike after workers voted overwhelmingly in favour of industrial action in response to the energy company’s “fire and rehire” plans.

British Airways has been condemned by MPs and unions after it emerged that the company planned to fire and rehire its remaining 30,000 workers on lower pay and perks.

It will be the first time that Starmer has addressed the TUC’s annual congress as Labour leader and comes at a time of flux within the movement. The three biggest unions, Unison, GMB and Unite, all face leadership battles.

Starmer is also expected to pay tribute to the union movement, praising its work during the coronavirus crisis.

“When it came to protecting millions of jobs and keeping people safe at work it was the union movement that stood up. Without you there would have been no furlough scheme. No life raft for 7 million people. The trade unions have always been the unsung heroes of our national story – and through this crisis you have helped to write another proud chapter,” he will say.

Congress is being held as a remote event in the TUC’s headquarters in central London because of the pandemic.

Starmer was supposed to deliver his speech in person but is self-isolating at home while a member of his household awaits the result of a Covid-19 test.