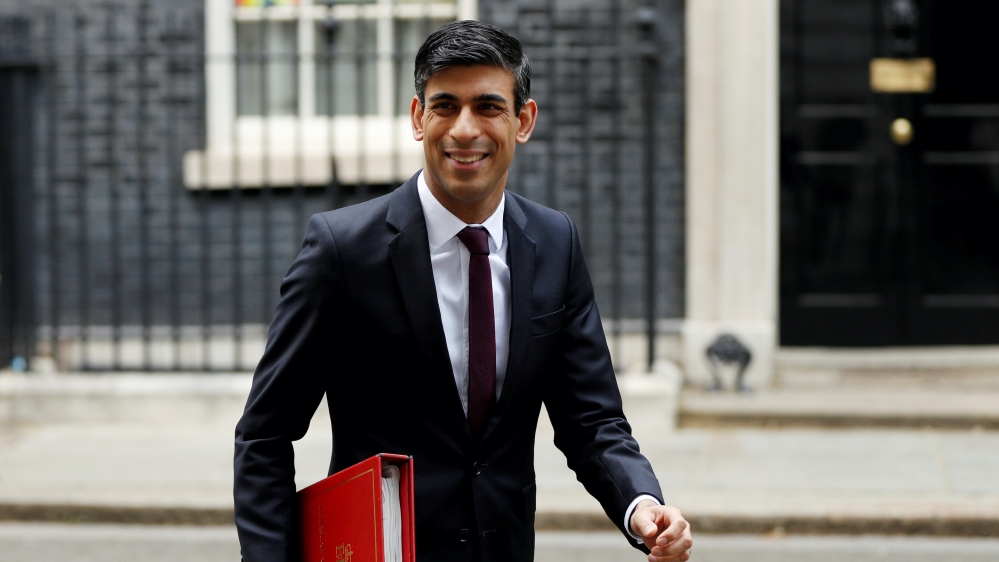 The last two candidates to succeed Boris Johnson as British Prime Minister will debate each other for the first time on Monday evening. Rishi Sunak and Liz Truss are taking an important step in their campaign towards the beginning of September. Then conservatives have to decide whether they want ‘Ready for Rishi’, or ‘Liz for Leader’.

When Johnson announced his resignation in early July, multiple candidates signed up to succeed him. The duel between Sunak and Truss is the result of a few primaries, in which one candidate fell out.

Sunak was invariably the most popular candidate in those voting rounds. Truss finished third, behind Commerce Secretary Penny Mordaunt. Only in the crucial final round of voting did Truss get more votes than Mordaunt.

During those rounds, only the 357 MPs were allowed to vote on behalf of the Conservative Party. All 160,000 party members will be allowed to vote in September’s final election. That is in favour of Truss, who, according to several polls, can count on more support among all party members than Sunak. It seems to be aimed mainly at the part of the party (about a fifth of all members) that is still in doubt.

In his campaign, the 42-year-old Sunak presents himself as an example that everyone can achieve something in Great Britain by working hard. He shows pride in his Indian heritage and often cites how important his family is to him. As a result, his campaign is personal, but also, according to some, a little too licked.

The four-year-old Truss keeps her private life out of the campaign as much as possible. Her message is that with her political experience, she is the best leader to tackle the problems. Truss has held various ministerial posts since 2012, becoming the second ever female foreign minister in 2021.

Both candidates have already spoken out about the great challenges that await the winner of their duel. A small selection: the poorly running economy, Brexit, the corona pandemic and the war in Ukraine.

To solve the economic problems, Truss strongly advocates tax cuts, a traditional crown jewel for the Conservatives. Truss is therefore, especially by her own team, also described as the “last real Tory” (the nickname of the Conservatives).

Sunak is less optimistic about lower taxes. During an earlier debate, he said in response to Truss that there is “no magic formula”. In particular, due to the aftermath of the corona pandemic, he is thinking precisely of higher taxes, such as those on capital and for companies.

As far as Brexit is concerned, the candidates are on the same line and want to get rid of the EU rules as soon as possible. Unlike Truss, Sunak was already a supporter of leaving the EU before the referendum in 2016.

Both are in favour of stricter legislation on refugees. For Sunak, this is a sensitive topic, because his grandmother came to the UK as a migrant. Truss is accused of ignoring the problem for too long as Foreign minister. However, she was praised for the quick support the UK provided to Ukraine after the invasion of Russia.

Among Johnson supporters, Truss is more popular than Sunak. The latter heralded the end of Johnson with his departure as finance minister in early July. In his statement, Sunak harshly lashed out at the prime minister and his policies. He wrote, among other things, that the British people “deserve to know when something is too good to be true”. He was not thanked by his colleagues.

Sunak was accused of being hypocritical with his criticism. For example, like Johnson, he himself was fined for participating in illegal parties during Corona lockdowns. In addition, according to political opponents as finance minister under Johnson, he would have done too little for people who were hit hard by the corona crisis.

At a meeting on Saturday, Sunak described himself as the underdog in the election campaign. According to Sunak, “certain forces present” want Truss to defeat him at all costs.

Unlike Sunak, Truss continued to support Johnson until the last minute. This can be seen as an attempt to trap his still strong supporters. But Truss is also well liked by the rest of the Conservatives because of her “unbridled commitment” and loyalty to the party.

Immediately after Johnson announced his resignation, Truss praised him for making the “right decision” and for the latter’s “achievements”. She called for calm and unity, which are now the spearheads of her campaign.

Meanwhile, Truss tries to avoid being seen as “more of the same” after Johnson’s departure. She therefore compares herself more to her idol Margaret Thatcher in terms of political style. Truss is determined to become Britain’s third female prime minister after Thatcher and Theresa May.