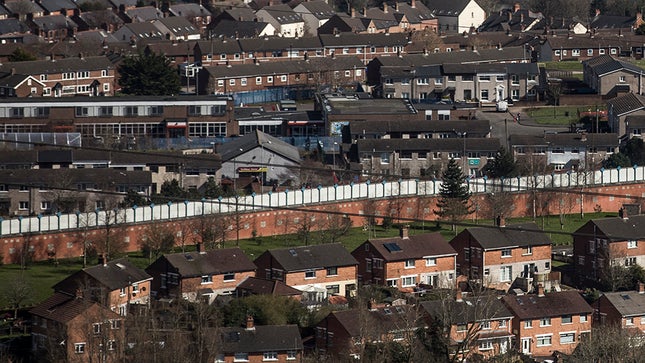 The authorities in Northern Ireland have temporarily stopped controlling the flow of goods to and from the rest of the United Kingdom, a Brexit measure. There are concerns about the safety of the executive staff. The mayor of the Port of Larne in Northern Ireland speaks of increasing tension in the community. According to local media, attempts have been made to gather information about personnel, such as registration of license plates.

The Northern Ireland Ministry of Agriculture has announced that physical inspections of animal products are temporarily suspended in Larne and Belfast. The checking of documents will continue.

Free movement between the two countries is important in order to prevent a repetition of decades of violence. Mostly Protestant ‘ unionists ‘who wanted to join Britain were at odds with predominantly Catholic’ Republicans ‘ who advocated a united Ireland. A free border crossing between Ireland and Northern Ireland was part of the settlement of the conflict.

The current solution is not popular with some of the Northern Irish. They see the controls as a barrier with the rest of the United Kingdom. In addition, there would be problems with food supplies, due to delays in imports. According to the Irish Foreign minister, this means, among other things, that empires in Northern Ireland supermarkets.