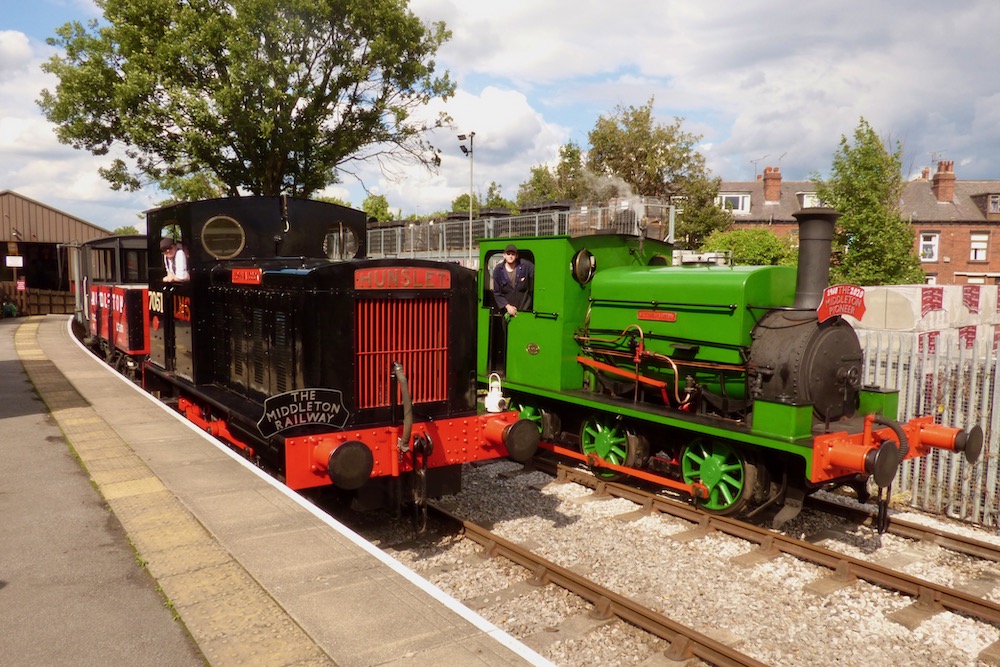 This weekend (20-21 June 2020) was supposed to be the glittering gala centrepiece of Middleton Railway’s year-long celebration of its 60th anniversary, until the Covid-19 pandemic put a stop to it.

However, the amazing team of volunteers who run the railway couldn’t let the moment pass unmarked and a so a private, socially distanced, event was held. At 4:45pm on Saturday afternoon, sixty years to the minute since the first service ran, the diesel engine that pulled that first service pulled out of Moor Road station.

The Middleton Railway was built in 1758 and is the first railway authorised by an Act of Parliament and the first to have commercially successful steam locomotives, in June 1812. It has operated trains every year since opening in 1758.

Middleton Railway also celebrates the role Hunslet played in building steam and diesel engines for the world. So as well as the diesel, an older, Hunslet-built steam engine, Matthew Murray, was in full steam for the ceremony.

The railway was one of the first heritage railway lines in the country and the first standard gauge preserved railway, opening in June 1960. It was started by a group of volunteers led by Dr Fred Youell, who taught Physics at Leeds University. Youell was a formidable character, inspired by work done on the Talyllyn and Ffestiniog Railways in North Wales and by the classic Ealing comedy The Titfield Thunderbolt. His son Matthew told me that he was keen to join the railway preservation movement and Middleton Railway became his project as it the oldest railway in the world and it was on his doorstep.

The battle for Geronimo seems to be over