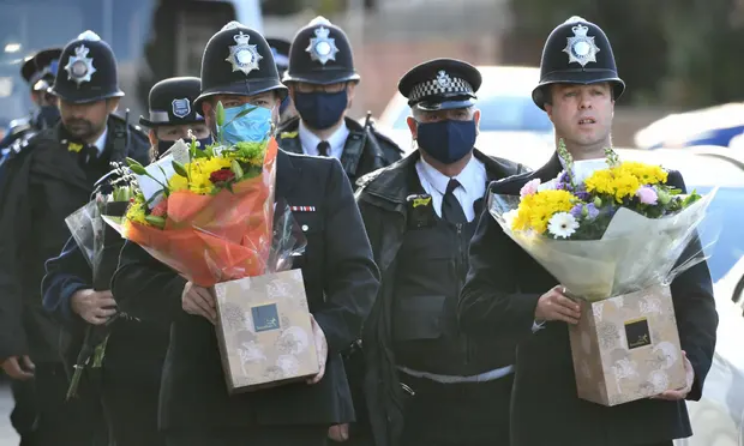 Authorities warn that the delta variant, as the WHO now calls the mutant from India, could lead to a new wave in the UK.

On Monday, a day off in the UK, Londoners could report for a vaccine at Rugby Temple Twickenham Stadium in the west of the city without an appointment. Under the motto Let’s tackle COVID, 15,000 shots were made.

In the UK, concerns about the virus variant first identified in India are growing rapidly. This variant occurs in a number of small areas in north-west and south-east England and in part of north-west London.

The National Health Service (NHS) is doing everything in its power to identify and combat the sources of infection. In the affected neighbourhoods, the population is systematically tested, sometimes with the help of the army. In addition, vaccination is carried out as soon as possible. To this end, new vaccine centres were built, mobile puncture centres were driven to the affected neighbourhoods and actions were organised such as in Twickenham.

Meanwhile, more and more people are calling for the remaining lockdown rules to be enforced for the time being. The number of new infections is still low, but is rising. On Monday, 3,383 new cases were reported, bringing the infections back to March levels.

In the UK, a large number of lockdown measures were phased out in the spring. Only nightclubs are still closed, travel abroad is limited, the advice to work at home is still valid and in public places there is a mouth-mask obligation. These rules should expire on 21 June, but scientists are already advising the government to postpone this relaxation.
Starting wave

Professor Ravi Gupta, Member of Nervtag, the body advising the British government on the pandemic, pointed out on Monday that the new virus variant has led to an exponential increase in the number of infections.

“All [contamination]waves start with a low number of cases humming in the background, only to become explosive. What we’re seeing here are signs of an incipient wave.”

About three-quarters of the new cases concern infections with the new variant, popularly known as the Indian variant and referred to by scientists as B. 1.617.2. The WHO has introduced a new classification system to combat stigmatisation of countries or regions. Since this week, all virus variants have been named by the Health Organization for non-scientific use after a letter from the Greek alphabet. The Indian variant became variant delta.

Gupta would like a few more weeks to gather data about the new spike in infections and make sure that full return to the old normal is justified.

“If you look at the cost of a wrong decision, I think postponement is preferable.”

The common vaccines offer a high level of protection against variant delta in case of two shots. The UK hopes to have fully vaccinated all over 50 before the envisaged relaxation. The government wants to make a decision on 14 June.