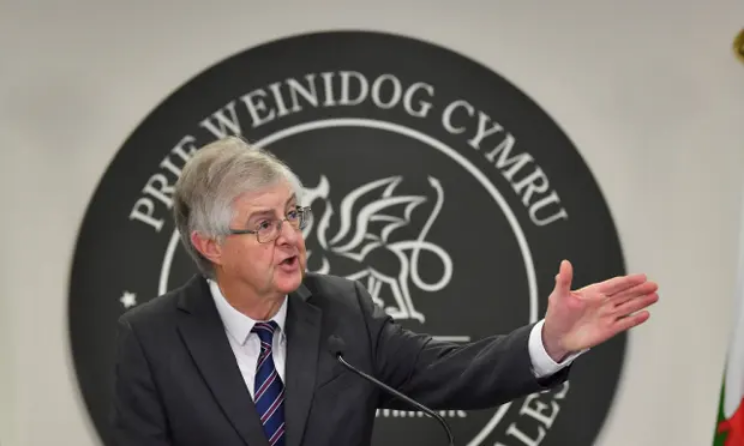 The Welsh first minister has expressed concern that English residents may cross the border into Wales to “escape” their month-long coronavirus lockdown that is due to come into force later this week.

Mark Drakeford said he worried that when the Welsh hospitality industry reopens next Monday after the country’s 17-day “firebreak” people in England might be tempted to visit pubs in Wales.

Drakeford said he was concerned about the different regimes that would exist on either side of the border. “Of course we are anxious about that,” he said. “It’s very important Wales doesn’t become an escape for people trying to get round the new tighter restrictions being introduced in England.”

Speaking on BBC Radio Wales, Drakeford said talks were taking place between Welsh and English officials on issues such as public transport and support for business.

But he said the most important subject was hospitality. “We’re having to meet with representatives of the hospitality industry. Think of Wrexham [in Wales] and Chester [England] just a few miles apart. If pubs are completely closed as they will be in Chester what impact will that have on people trying to travel into Wales to go to a pub?”

Drakeford was due to give further details of the Welsh restrictions – a “basic set of national rules” – that will come into place next Monday once the firebreak ends.

He said the firebreak would not be extended despite the UK government’s decision to impose the month-long lockdown in England.

“We struck a bargain with people in Wales that this will be a short, and very short, lockdown period of 17 days. I don’t intend to step back from that bargain just because across our border a different government has decided to do something different in another part of the UK.”

Asked if there could be a further lockdown this year in Wales, Drakeford said it was an “impossible question”.

But he added: “All of this is designed to avoid that. We went early because that is what Sage [Scientific Advisory Group for Emergencies] said. The earlier you do it, the more effective it will be and the shorter it will be. By doing everything we’re doing and provided we behave in the right way we are confident we can get through to Christmas without needing to go through this again.”

The first minister said the speed with which Covid-19 had returned had been faster than expected. He said more than 1,000 people were in hospitals in Wales with the virus but that the NHS was coping and was still able to treat people for other conditions.

Shops, gyms, schools and places of worship will reopen in Wales on 9 November, though people will be asked to work from home wherever possible. The Welsh government has said there will be a distinction between inside and outdoor contact.

Drakeford added: “People believe at times you are more at risk of contracting coronavirus from a stranger but the truth is you’re much more likely to contract it from somebody you know and pass it on to somebody you know. How we behave inside our own homes and with other people is vital.”

He said there would be greater freedom for people to meet with loved ones in Wales after the firebreak period. But he added: “My main message is that we will only get through this, find a pathway to Christmas and beyond if we ask ourselves not what the rules allow and how can I stretch them but what should I be doing.”

The Plaid Cymru leader, Adam Price, said: “There should certainly be no lifting of the travel restrictions which have rightly prevented people coming into Wales from Covid hotspots elsewhere in the UK.”