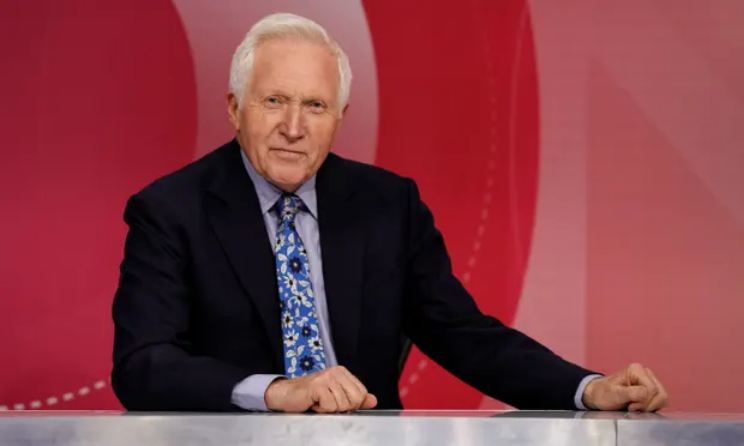 David Dimbleby, the veteran broadcaster, has said he is considering an attempt to become chair of the BBC to thwart the government’s attempt to bring it “to heel”.

The former Question Time host said he was “horrified” by claims that Charles Moore, a former editor of the Daily Telegraph, was Downing Street’s top choice for the position.

Moore, an arch-critic of the BBC whose writings on race, Islam and gay marriage have come under renewed scrutiny, has since ruled himself out of contention amid reports of family health problems.

The appointment would have been “a malign intervention,” Dimbleby told the BBC’s Newscast podcast. “I think you need someone with a more open mind.”

No clear successor to the former deputy governor of the Bank of England David Clementi, who stands down in February, has yet emerged, and Dimbleby is keeping his options open.

“I still might [apply], depending on who comes forward,” he said. “Well, we’ll see who the candidates are. Boris Johnson, we know, wants to bring the BBC to heel. We don’t want a chairman who connives in that ambition.

“You want somebody in charge of the BBC who is sympathetic not to the BBC as an institution but to the concept of the BBC as reflecting the whole richness of British life.”

On being “horrified” about the reports of Moore being “lined up”, Dimbleby said: “Not because of his political views. But because he hates the BBC. I thought for Johnson to put in post someone who hates the BBC was very dangerous.

“The BBC is not doing its job if the political class in power doesn’t hate it. The BBC is a thorn in the side of government and that is its job.”

In May the culture secretary, Oliver Dowden, accused the BBC of bias after Panorama reported that gowns, visors, swabs and body bags – some of which were subsequently in short supply at the height of the pandemic – were left out of the government’s stockpile when it was set up in 2009.